Why is managing money so hard? Because most of us have never been taught how to.

I come from a modest family and my dream was to become an astronaut.

Bear with me, NASA has not reached out yet! Instead, I’m now a tech entrepreneur, endlessly exploring the vast universe of tech and innovation, with one only goal: to create economic and social value.

I am one of the many European kids whose parents were not born in Europe (or at least one of them). I have grown to become an adult with two cultures. Whether it’d be regarding career or money management, I tried to grasp the best from both, and ended up in the position I am today. For the rest of the world, I’m probably just another startup guy. But for my loved ones, I am a successful entrepreneur providing for his family overseas.

And, I’m not alone in this case. Over 200 million people are supporting their families back in their home country, which represents 800 million lives. (Probably more since these are the 2018 numbers, and, in the meantime, a two-year pandemic happened)! But remittance is broken, and it has been for a long time.

Throughout the years, I have noticed how complicated it was for my family to manage the money I was sending them. No matter the amount or the frequency, the issue came from their spending patterns and not having saving habits. Thus, I wanted to dig in a bit more on why these occurred.

Here is what I found:

1. They have no relationship with a bank

According to the 2017 Global Findex database report, 1.7B adults were unbanked in 2017. Unsurprisingly, most of the people lacking a bank account were located in developing countries. The main reasons for this are lack of money, cost, distance and overall accessibility.  70% of account owners in developing economies (which represents only 44% of the total adult local population) have proceeded to at least one digital payment over the past year (2016). While about a fifth haven’t at all. However, the vast majority of these payments occurred from a mobile device. This doesn’t mean they have their local bank’s app on their phone. Rather that their digital payments are linked to their mobile phone service. Roughly speaking, they can pay digitally, but can’t access any form of financial service. Owing to the fact that they are not related to any kind of financial institution.

Indeed, most people in emerging countries have too little money to actually open or maintain a bank account. Furthermore, physical access to financial institutions can be complicated, especially in rural areas. And for the ones that do have a bank account, one can bet they are never invited to get an espresso at the local branch.

2. People lack of trust in their economy

World events have a greater impact on developing countries, since they tend to be more dependent on the global economy. Furthermore, developing economies often lack political stability. They also have insufficient or inappropriate resources to protect the more economically fragile people in their population. This instability causes the local population to be more affected by economic shifts on a daily basis. Consequently, their national economy becomes untrustworthy.

For example, about a week ago, the Lebanese banking system got a severe hit after a judicial order. Not only did the bank in question have to close, but this event aggravated the Lebanese economic collapse occurring since 2019. Sadly, the Lebanese government has no means or power to protect its citizens.

3. Saving money is not always part of the culture

This factor is less spoken of; nevertheless, it remains substantial. In many parts of the world, people have a day-to-day lifestyle and saving is rarely even thought of. Following the same Global Findex database report, 71% of households in high-income economies have saved money in 2016, while only 43% in developing economies. Saving patterns also differ: in developed economies, formal savings (through a financial institution) represent 55% of savings methods, while this number drops to 21% in developing economies.

It can come from the fact that some people don’t have enough money to end the month, but truthfully, it is due to a ‘carpe diem’ culture. At the end of the day, one may aspire to live an in-the-moment lifestyle, but will quickly be bitten back into reality when money will be needed for a medical bill, a college tuition or a house downpayment.

In many countries, prices can rise unexpectedly from one day to another without proper government crisis management. Meaning, it is more to their advantage to spend the money and buy goods to stock, rather than saving and risking to lose purchasing power.

After doing my own research, I started asking around to multiple people from different setups and different countries, and these same problems were very frequently brought up in the discussion.

Like anytime I figure there is a problem, my mind starts brainstorming for solutions. Soon, my only obsession was: ‘how can I get my loved ones to manage their money properly?’.

And this was quickly translated to ‘how to design a saving solution that would be global by nature’; because traditional banks have savings accounts for local residents, but cross-border savings is a totally different matter.

This is how the Finnt vision was born.

We are all looking to build wealth for ourselves and for our loved ones. Regardless of what part of the world we live in or are from, we are all looking to improve our lifestyles and access financial freedom. Actually Finnt, can be used for your kids, your spouse, your parents, your siblings and anyone that you want to support financially.

Saving money is a family business. 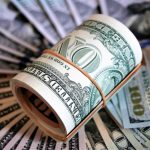 All You Need to Know About Savings 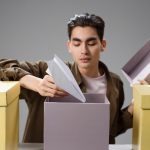 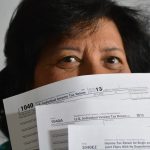 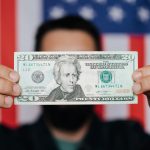 What Is Inflation? Can You Avoid It?
Next Article